In many cultures there is a suggestion to believe, since childhood, that death should be rejected as it is intertwined with fear. They grow up absorbing this as a concept intrinsically related to destruction and suffering, something that often comes at the wrong time. Therefore, when it's time for a beloved one to depart, even the most peaceful or necessary goodbyes are seen as the worst thing that could happen. 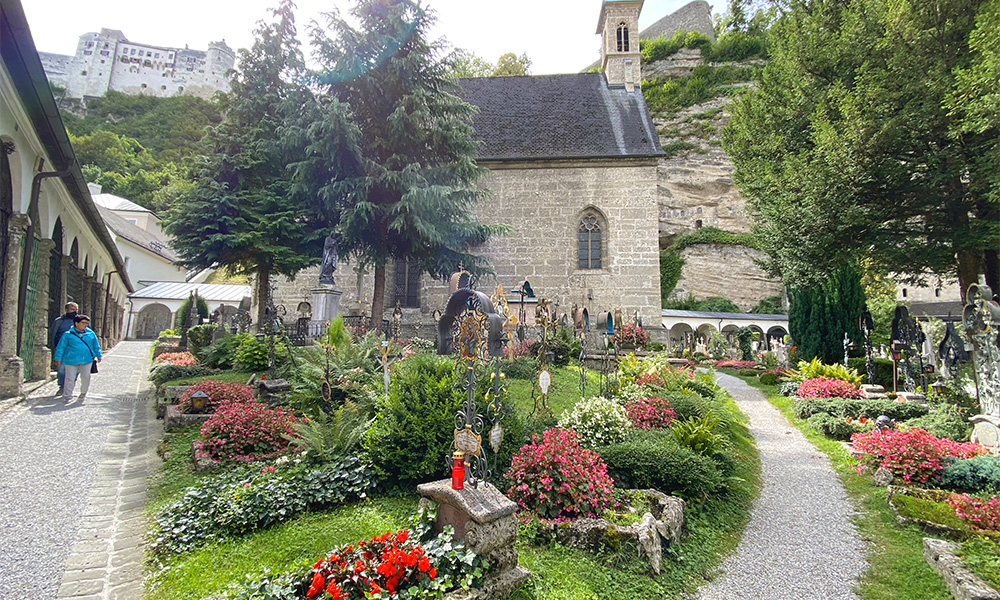 I lost my father in October 2009 and my mother in March 2015. The pain in both cases was so unbearable that it took me a long time to picture myself moving towards a happy future, trying to see myself without their love and physical presence. It still hurts me just to talk or even think about it. Despite not being a religious follower, as I've stated here before, I've grown up being influenced by the notion that dying means a terrible end.

A littler later I started to question about life after death which is when I came across spiritism and incarnation. These credos are still a bit obscure to my understanding although they pass, sometimes, a sense of comfort whenever I try to console myself that life might continue. Or perhaps it's just me wanting to believe there is an afterlife after all.

My ego was recently shaken after I read a piece by Aron Moss, an Australian rabbi, who explains what the scariest thing about dying is: "It's not the suffering that comes with death nor the torments and the unknown that lies beyond the grave. Our biggest fear is that we'll be forgotten. It is terrifying to think that we may leave this world unnoticed". According to Moss, we simply cannot face the fact that the world will go on without us: everything that we have ever achieved like dreams, ambitions, success, failure and family, all amounted to nothing. Such a seemly statement explains, sadly, how my selfish inner self foresees death. 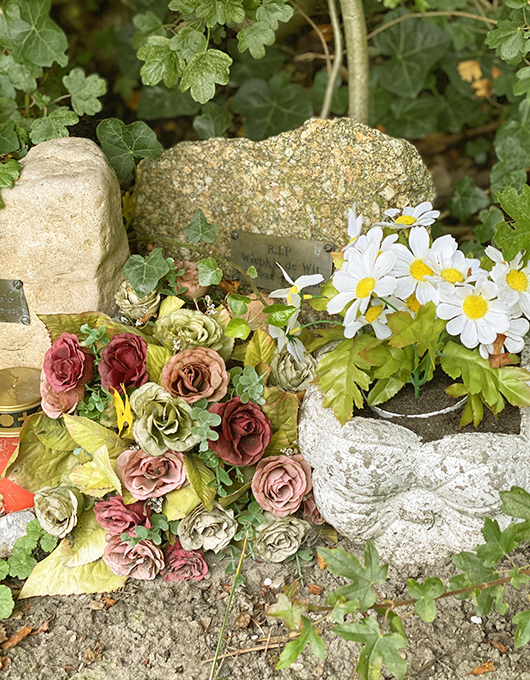 While dealing with parting can be scary, as it is to me, in Judaism death is seen as an everlasting cycle: life comes after life and so on. It is also believed that when the physical body is no longer, the soul ascends and becomes free to be close to God. This doesn't imply that one should not suffer. "Our sorrow is nothing but our selfishness that wants to keep the same material reality as it is", says Marcel Berditchevsky, sociologist and an expert in Jewish education. The sacred books, Torah, appoints rules and rites to guide the periods of grief, such as tearing pieces of their own clothes apart. Known as "keriá", this symbology acknowledges both loss and a broken heart and it means the body is a piece of clothing worn by the soul.

Similarly in Hinduism, death is seen as a passage not a definitive act. Incarnation is a certainty for them, and it goes on and on until the spirit releases itself from karma. As soon as someone deceases from terrestrial life, rituals arise to help the soul disconnect from the body, such as cremation. While this practice is condemned in Judaism, it is praised by Hindus, especially when one has the chance for the ultimate send-off party in Varanasi, considered by them to be the Holiest site on Earth.

To die in Varanasi means the pathway to enlightenment; after being washed and covered by sandalwood, garments and marigold flowers, hundreds of bodies are carried every day by relatives who descend the burning ghats on the banks of the Ganges river, so ashes can be thrown into the sacred water. For the avoidance of doubt, there are 88 ghats (places with steps going down) of which only a few are dedicated for cremation while the rest are for bathing and washing clothes. Although I've never had the chance to witness either yet, it seemed to be a blissful experience while watching Tales by Light, a documentary on Netflix whose Season 2 casts the photographer, Stephen Dupont's, journey through dignified funerals. 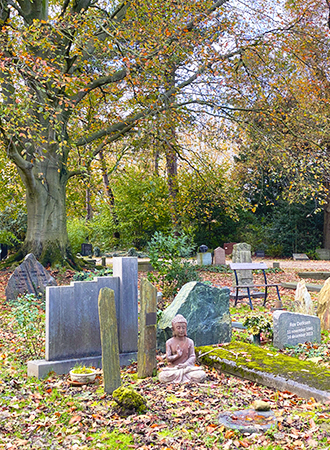 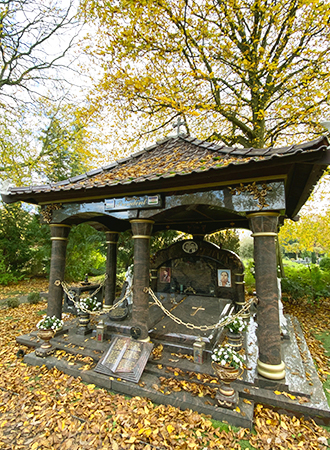 An infinite list describes ritualistic formalities all over the world and each day I become more and more fascinated by them. As much as the last life's ceremony can set religions apart, some of them have similar ways when it comes to the purification of body and soul. Muslims also follow the tradition to wash the decedent (except for the martyrs) and this task is performed by a designated one who cleanses the head, right side and left side, three times. The bathing sequence is given with water and Sidr leaves, then water and camphor finalized with water Qaraah; the mortal is then covered in a white shroud.

Although Islam and Christianity cannot be compared - and this is not an attempt to do so - I couldn't help but notice their funeral practices are more sober and the concept of Heaven and Hell is rooted in both doctrines. In order to ascend to Paradise, one must have lived a good life. An interesting fact, though, is that Christianity is the religion that most gathers devotees: two billion divided amongst Catholics, Protestants and Orthodoxies. This can implicate how life and death are generally addressed in the world. 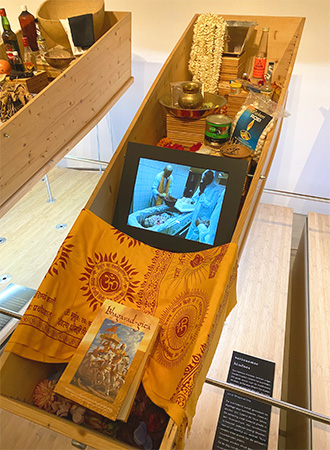 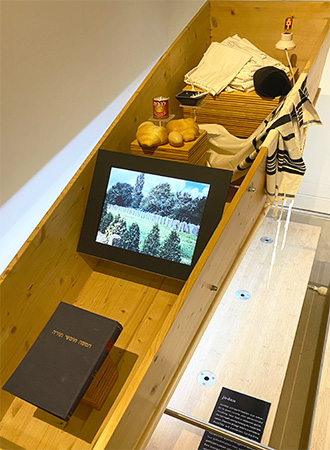 As much as mortality is life's only certitude and this ongoing process means death is already happening, the fact that we don't know how much time we have left can be both reassuring and disturbing. Which is why embracing an open approach towards this subject can demystify taboos and alleviate afflictions.

In Amsterdam, this is the motto of the Tot Zover Museum, since its opening in 2007: "Our place gives information, inspiration and helps people to reflect. Talking and reading about death or even seeing related artworks can comfort", says Guus Sluiter, Director of the Institution that provides a range of exhibitions on rituals and, likewise, other aspects about death and dying. The museum also states that the consciousness of mortality intensifies our current life and the knowledge about various traditions makes humans more benevolent and respectful towards each other.

In fact, the way each one of us handles the concept of death says a lot about the person. "In Western society, death is feared, so people tend to avoid talking about it whereas Buddhism invites us to face it as part of the very natural experience that is life. It's an inevitable passage as well as it is liberating", describes Leonardo Pugliese, an independent researcher who lives between Brazil and Thailand. Apropos of this, 95% of the population in this Asian country is Buddhist: no wonder why it's impossible to stay oblivious to the strong spiritual energy that overfloods the whole kingdom. 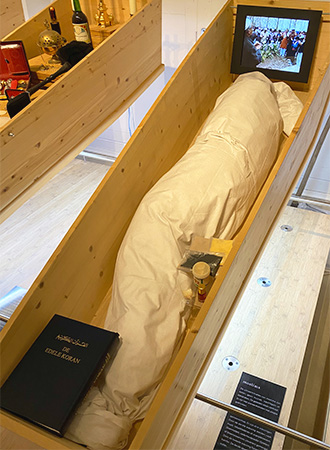 Going away with grace

Putting people's experiences in perspective, I reflect: when a highly esteemed person passes away, are those who don't accept an afterlife the ones to suffer the most? When I shared this question with the Tot Zover Museum, I received their reply: "Not necessarily, although religious people might be comforted by the idea of a happy afterlife. Most secular people simply believe there is nothing after death, so there is not much to worry about it". Nevertheless, the blank space in the uncertain future can be unpleasant. "Non-believers might have difficulties finding the right rituals to mark important moments like death, since the religious ‘prescriptions’ are abandoned", adds Guus Sluiter.

I have come to understand that it's not about confronting, even less so about escaping, the end of our lives. However, how not to struggle when a piece of our heart has been taken away from us? "My grandmother said there's no way to prepare ourselves for a beloved one's departure. Yet, by respecting the cycle of life, of living and dying, we can be granted inner-peace and serenity", explains the Human Resources professional in San Diego (USA), Fabiola Fujiwara, whose Japanese heritage has taught her that grief goes hand in hand with respect.

At the end of my investigation about the perishability of our human condition and after having learned a lot from kind people from different backgrounds, I see myself trying to honor death as opposed to seeing it as something devastating. May we all understand this, with love and compassion, when our time comes, whenever that may be. After all, nothing portrays our very existence more than life and death. Wouldn’t you agree? 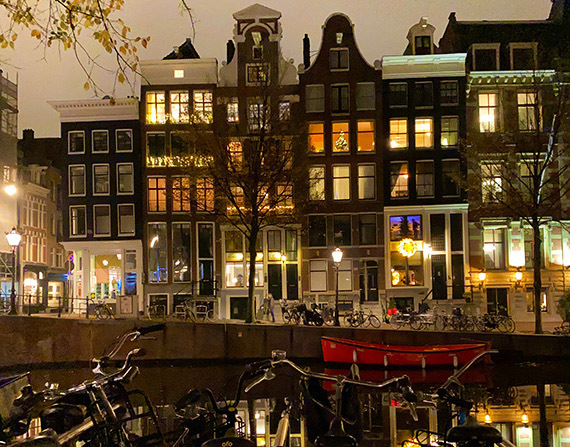