The irresistible allure of Napoli

No matter what people say about Napoli, there's some certainties no one can deny: they make the most authentic and delicious pizza in the world; they proudly showcase one of the richest street markets of Italy (not to mention unforgettable fresh sea food); they are blessed by being surrounded by a hypnotic turquoise sea coast and preserve their centuries old archeological sites and ancient ruins to make us dream about the past. 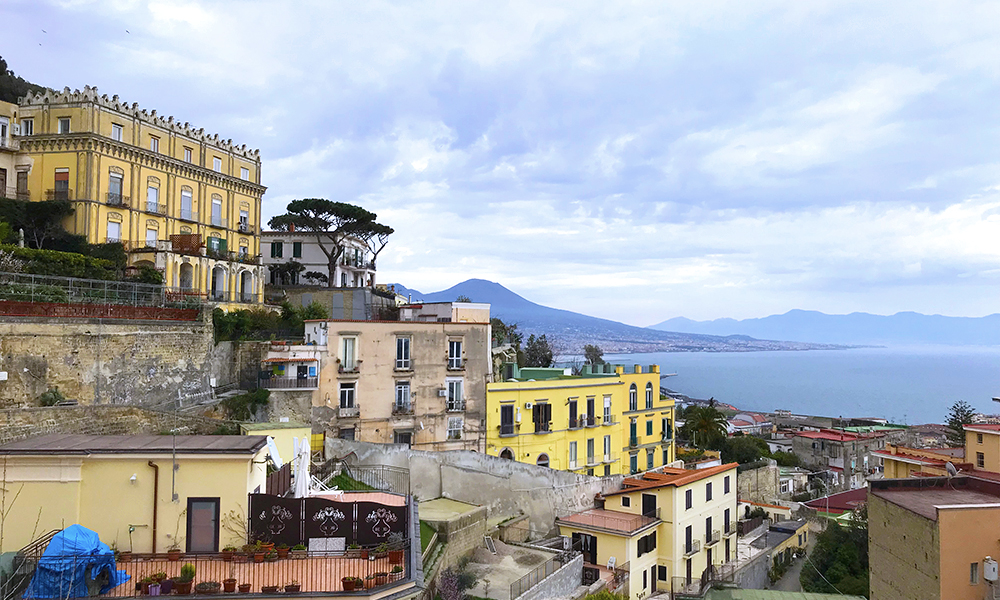 As with most of the South of Italy, like Sicily and Calabria, Napoli has a contagious vibration impossible to stay oblivious from. After marveling yourself at street markets and their shouting sellers, where you can feel the noisy energy of the locals "napoletani", dive yourself into the narrow old streets of the Historic Centre. The heart of Napoli has so much to offer! Some aspects, however, stand out from the rest: the fluttering laundry hanging on the houses' balconies (a typical scene in the South that has a peculiar charm) and the mysterious catacombs and underground caves. 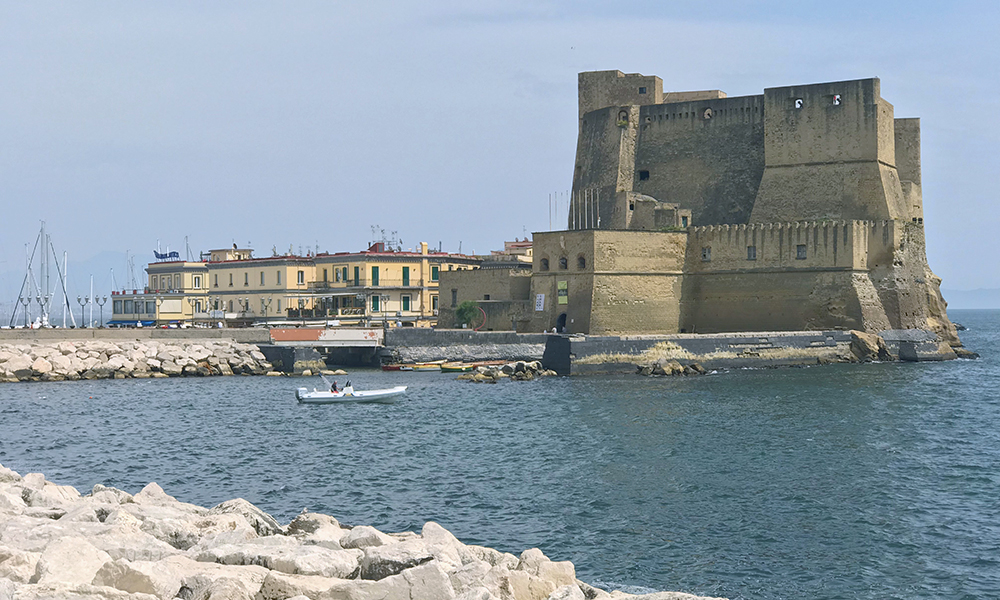 For archeological enthusiasts, Napoli is a divine site to explore. "There are layers and layers of archeological life", as would describe Raffaele Romano, an Italian Art Historian and Archeologist who is one of the most knowledgeable tour guides of Napoli. He showed me the magic of ruins such as "Neapolis Soterrata" (excavations down to very deep that take us to a lifetime of two thousand and five hundred years back), the Greek city walls in Piazza Bellini and the church of Gesù Nuovo, a spectacular Baroque masterpiece that cannot be missed for anything. 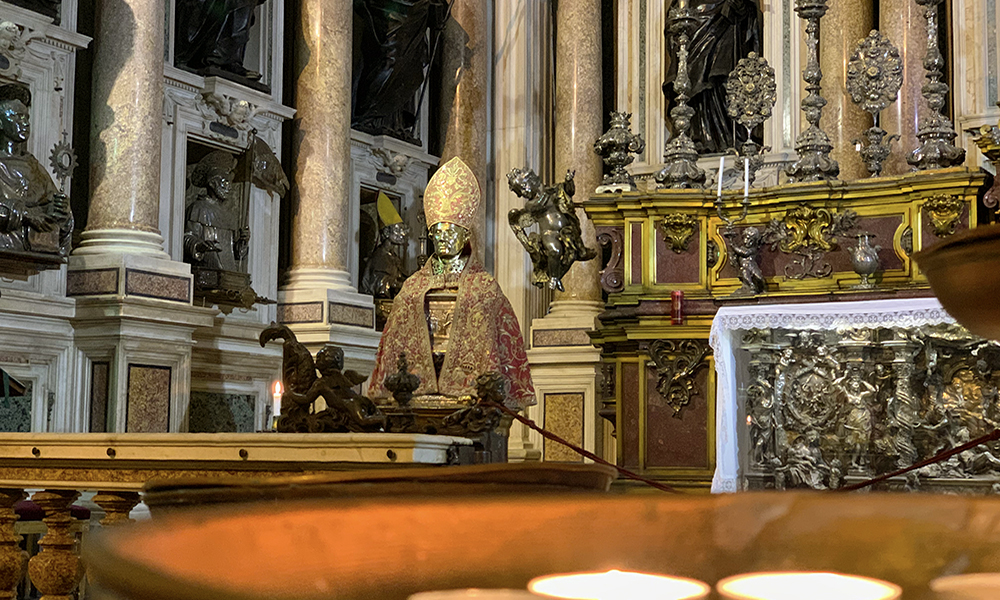 Since my first time in Napoli, I like to stay in the neighbourhood of Vomero. Just because it gives me the perfect lens to admire the entire capital from above. Although a bit tiring, it is worth it to walk down the hundreds of staircases that lead us to the heart of the city. It's just so special! Once there, I make my way to the Quartieri Spagnoli area, where there's an ocean of superstitious crafts on the streets. Don't forget to bring home a souvenir called "Cornicello", a red horn known as its most famous amulet, which is believed to be a protection against bad luck, evil eye and negativity. 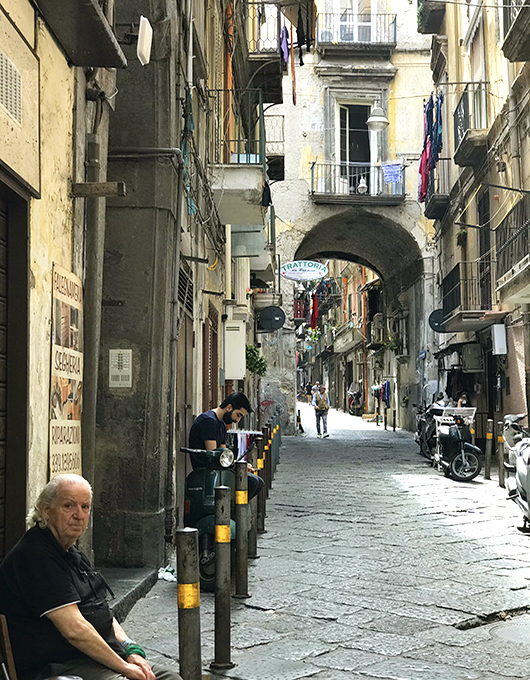 I could keep going and highlight the natural beauty of the sea coast parts called Chiaia or even the wonderful Posillipo. But it would be unfair to describe the uniqueness of the city of San Gennaro in only one story. Also, because I believe there's no visit to Napoli without sparing time to go to Vesuvio and Pompeii. So, for now, if may I give a piece of advice: don't underestimate Napoli and make sure to include it in your next adventure to Italy. 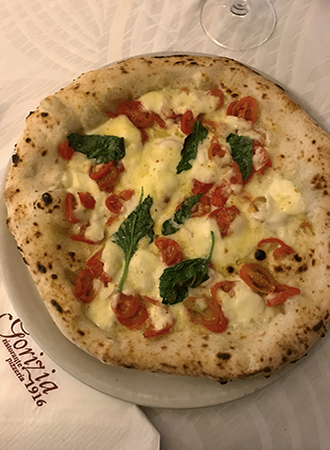 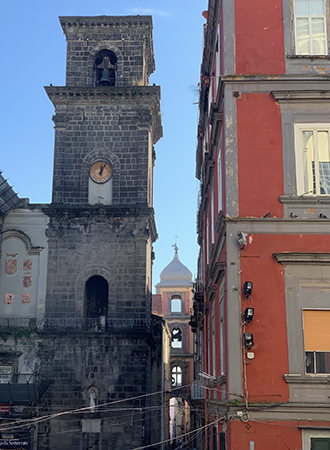