The Duchenne smile: why do flowers make people happy?

The everlasting connection between humankind, blooms and our brain’s reactions, as proved by science, all point to the fulfillment of a healthier life

When I decided to write about flowers, I wanted to share with readers why these pure expressions of nature have an extraordinary ability to make us happy. I was myself curious to understand what it is about flowers that can instantaneously and genuinely make people smile. Is it because of their colors, smell, symmetry, variety? All this together, perhaps? 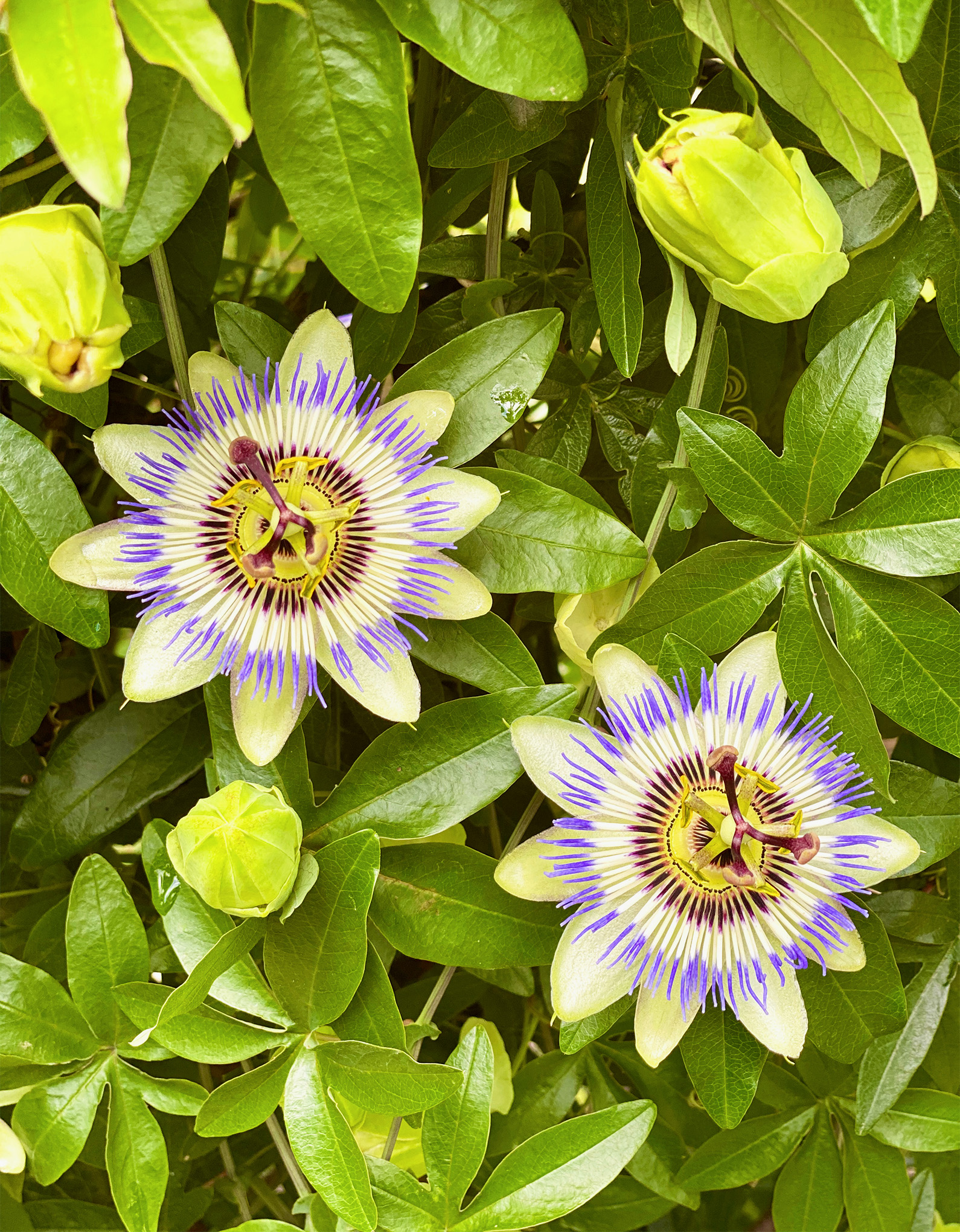 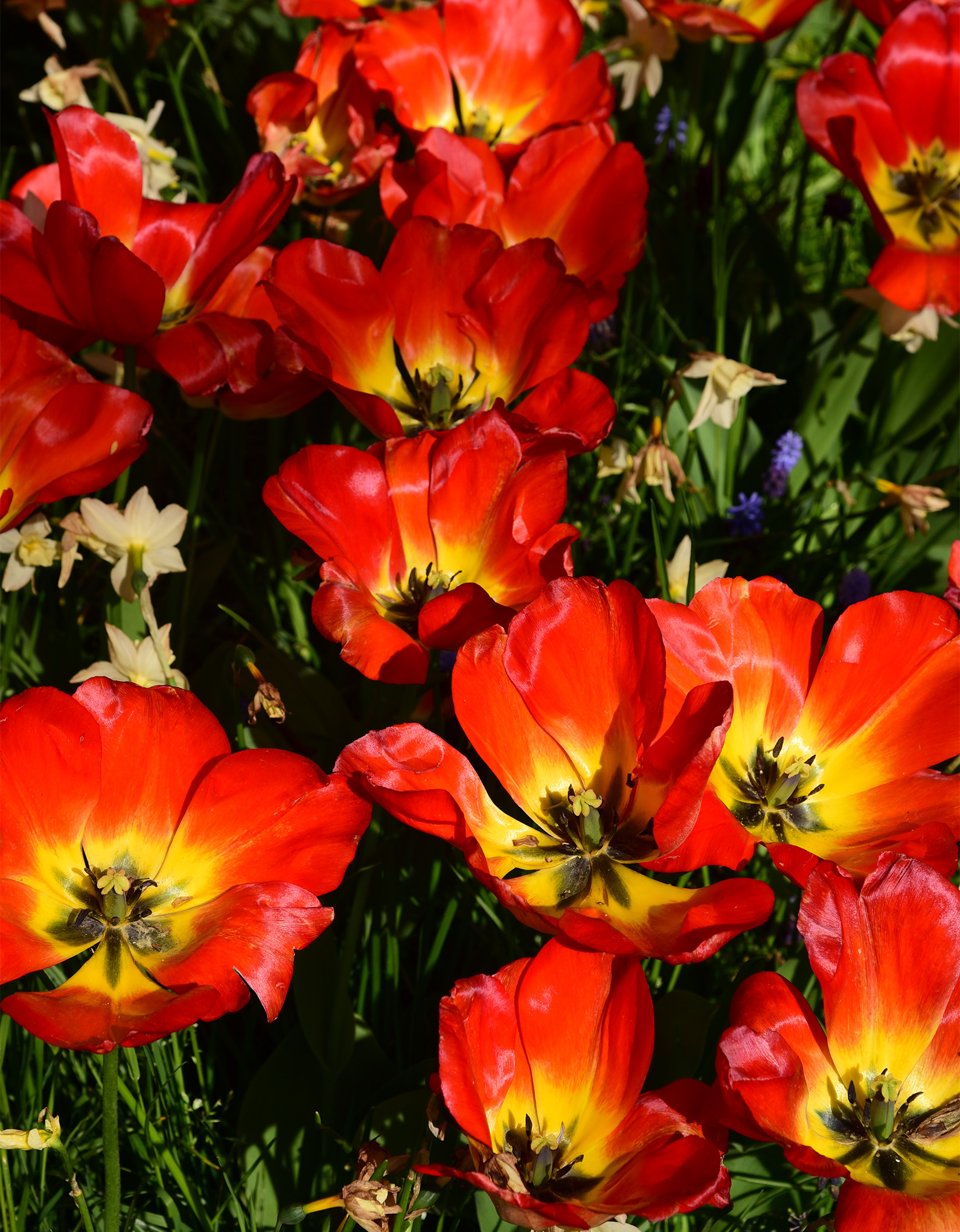 It turns out there's scientific evidence that explains the positive change flowers have on our moods, as I’ll explain in a bit. But deep-rooted in my desire to find out this mystery was a wish to bring a small sliver of joy to people's lives. Humanity faces one of the worst chapters in its history, drowned by grief and uncertainty, and the dark wave brought by Corona virus seems to be pushing us to our absolute limits like never before.

In that sense, flowers can be one of the simplest gestures to effortlessly make people connect with a subtle sentiment of prosperity, even if only for a short while. It's impressive how these delicate and fragile creatures have such a powerful effect on us! Despite some claims that flowers are not essential, I firmly believe in their curative potential: our physical and mental body can benefit immensely from the coexistence with them. 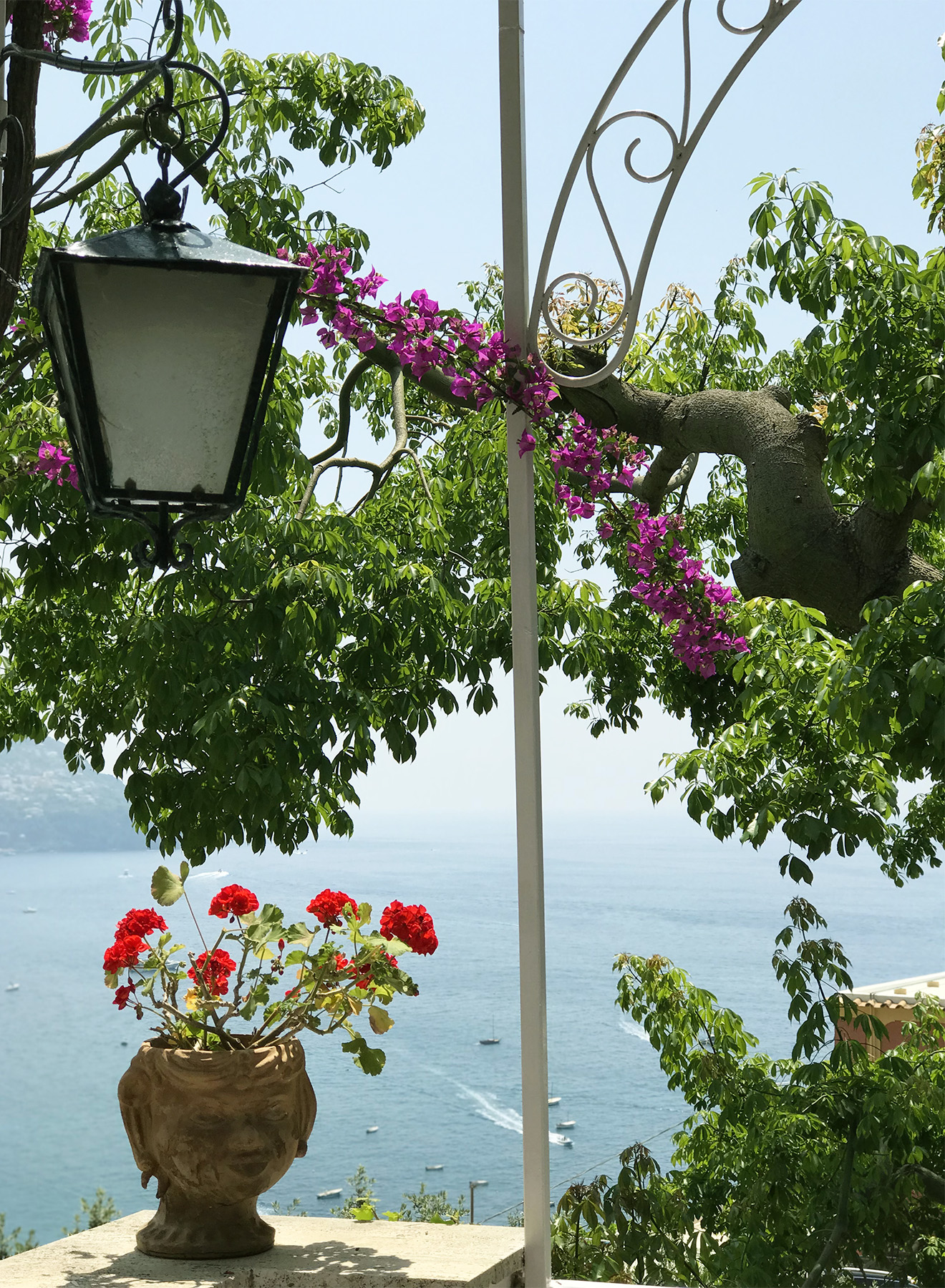 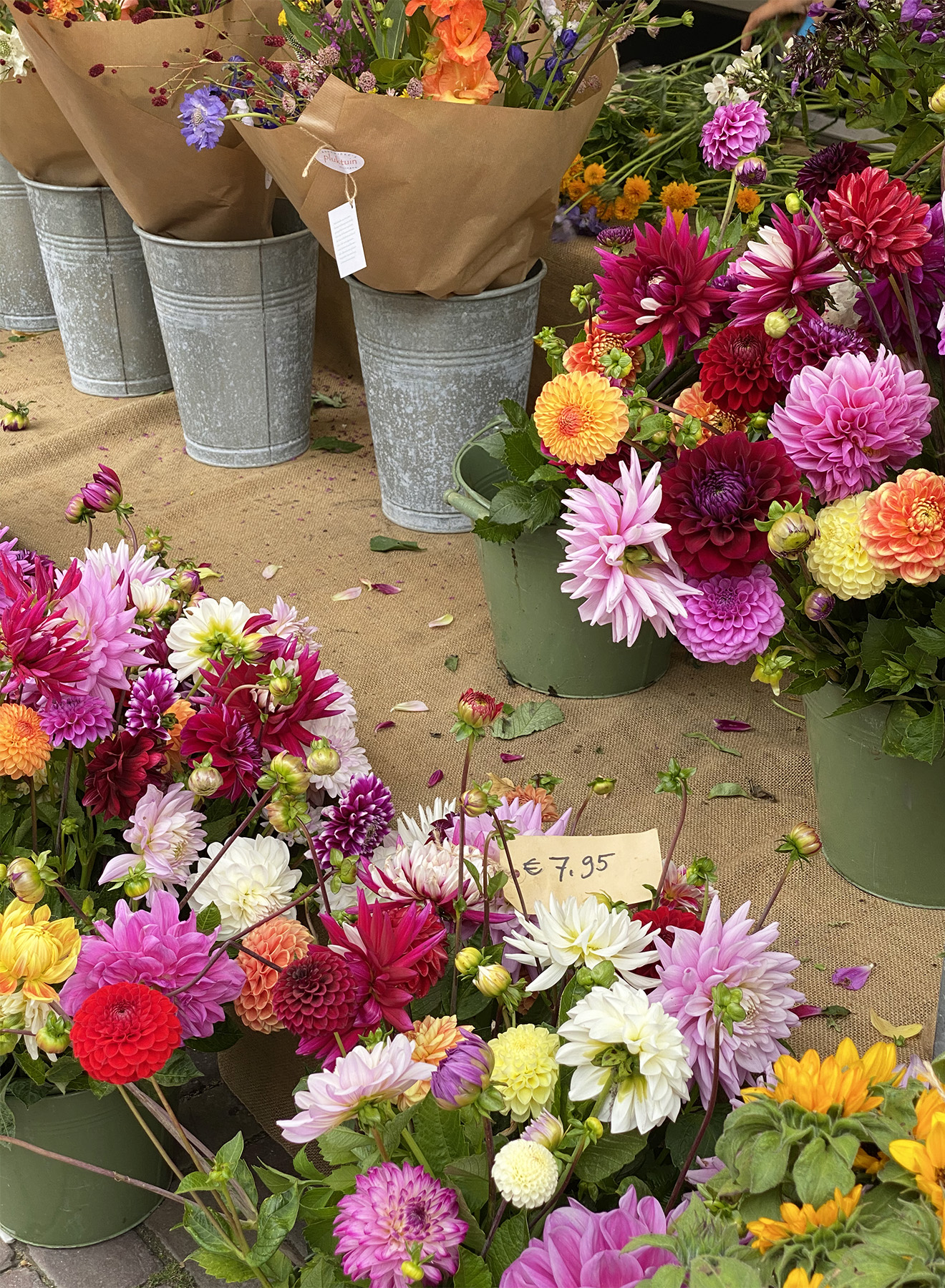 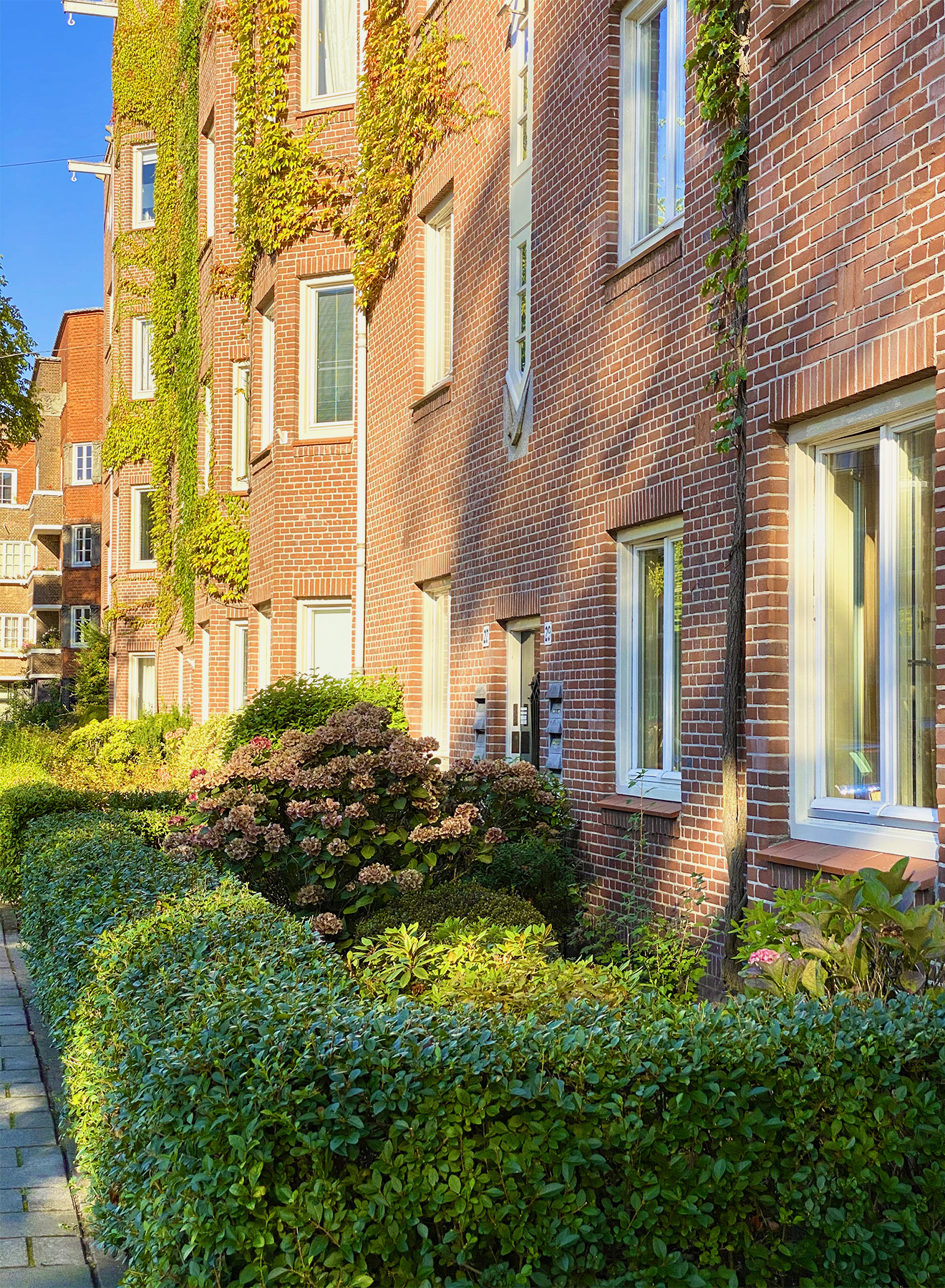 In built spaces, for instance, flora can play a leading role as explained by Flávia D'Urso, architect and landscaper: "They help to prevent allergies and toxins as they cleanse the air; they give a boost to our immunity while also helping to control blood pressure and likewise diminish stress and drowsiness. Plus, they enhance creativity and concentration". You may wonder what the reason for this wonderful positive list is; the answer relies on something so intrinsic to our existence: nature.

Flávia points back to our own millenary history, when mankind still lived intertwined with the natural environment, developing an innate connection with nature in contrast to the civilized world that only started 12.000 years ago. "Having contact with nature is just like having contact with our original habitat; it is within us, it's part of our DNA", she describes referring to our everlasting connection with the primordial.

Fortunately, people are becoming more conscious about this worthwhile relationship each day, thereby causing a rise on biophilic design: a concept within the building industry, in which Flávia is specialized, that improves the reconnection between people and the natural environment - not only flowers but also plants, water and light are elements applied to this integration process.

Cities where the construction sector thrives have been investing in projects consciously designed to trigger the positive impact on our health and well-being. Singapore (Asia) is by far the number one in the concise list of 8-Biophilic Cities, followed by Vitoria-Gasteiz (Spain), Olso (Norway), Portland and San Francisco (USA), Birmingham (UK), New York and Seattle (USA).

To uphold even further that flora is a simple way to improve emotional health, research conducted at Rutgers, The State University of New Jersey, analyzed dozens of participants' behavioral and emotional responses during a 10-month study. The researchers measured the difference in reactions between receiving a bouquet of flowers, a fruit and sweets basket and a candle.

Genuine happiness was expressed unanimously by all participants who received the flowers, described by what's called a Duchenne smile (a sincere one that involves the mouth, cheeks and eyes). The edible items resulted in 90% of people's happiness whereas the candle just 77%. Moreover, even three days later, the study proved that the participants who were gifted flowers were happier than the others, also stating that blooms have a long-term favorable influence on moods.

Whenever in the presence of flowers, an instant positive emotion awakes in our brain, as explained by the Ph.D, Loretta Graziano Breuning, a professor emerita at California State University East Bay: "Dopamine is triggered by the expectation of a reward. Flowers were a huge reward signal in the world our brain evolved in because they marked the coming of abundance after a hungry winter. Today we have enough to eat all year round so we don’t consciously link flowers with food. But the blossoming of a flower triggers the sense that something special is coming because it triggers dopamine".

Professor Breuning adds that flowers can also stimulate oxytocin, a chemical called the "bonding hormone" because it is intrinsically related to the tie between mother and child or within couples. Such a hormone can be produced when one feels relaxed or safe; at the same time it can be liberated during sexual pleasure. Likewise, oxytocin is released when women give birth and breast feed. What an exquisite phenomenon, don't you think?!

No less important, a third component within these biological responses is called serotonin, a neurotransmitter linked to well-being commonly known as the "happiness hormone". If chocolate comes to mind, it is not by chance: this irresistible cocoa sweet is one of the major ingredients responsible for releasing serotonin. Flowers can do that too: thus, growing, buying, gifting or admiring blooms can also stimulate this good feeling. 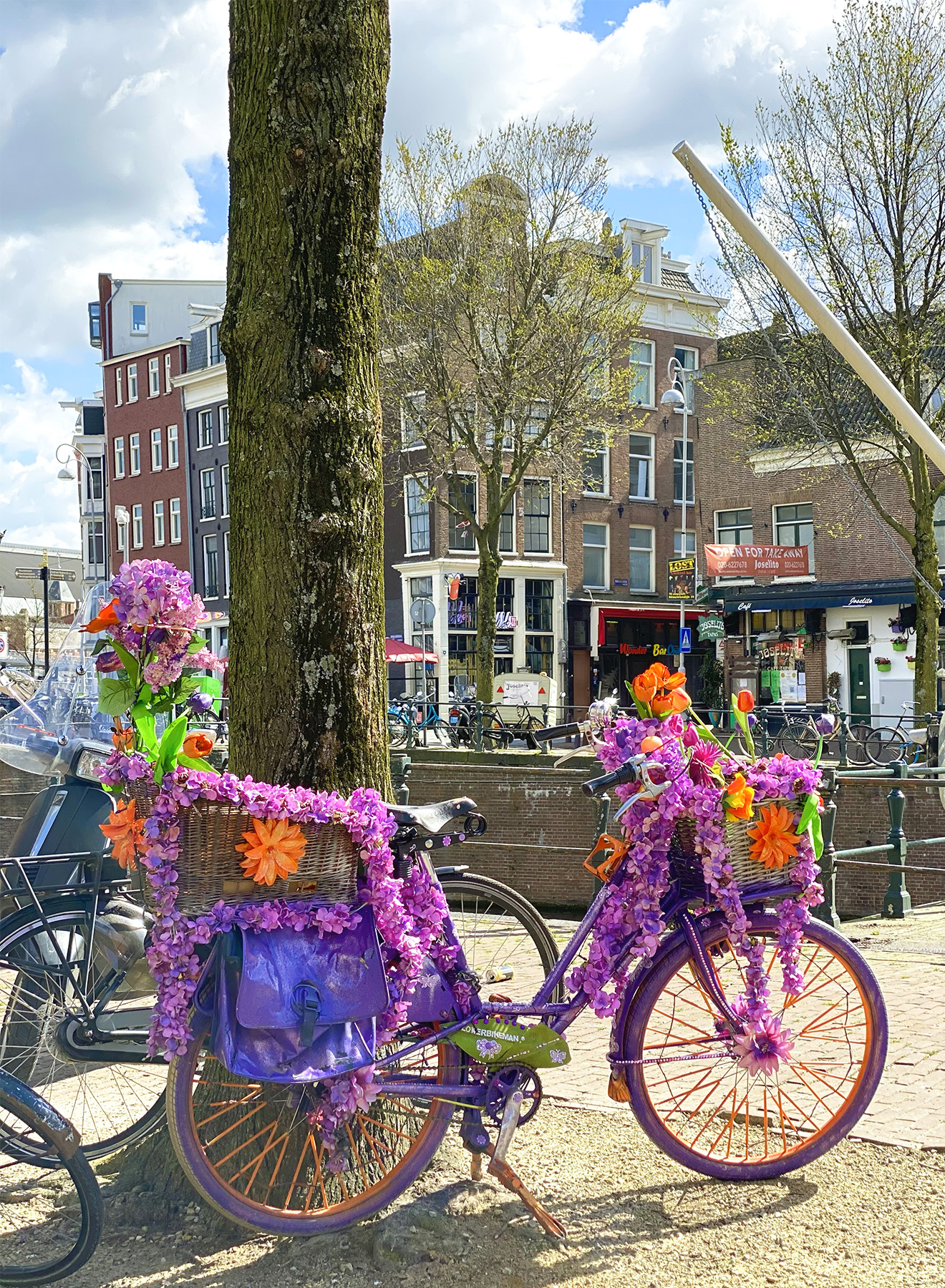 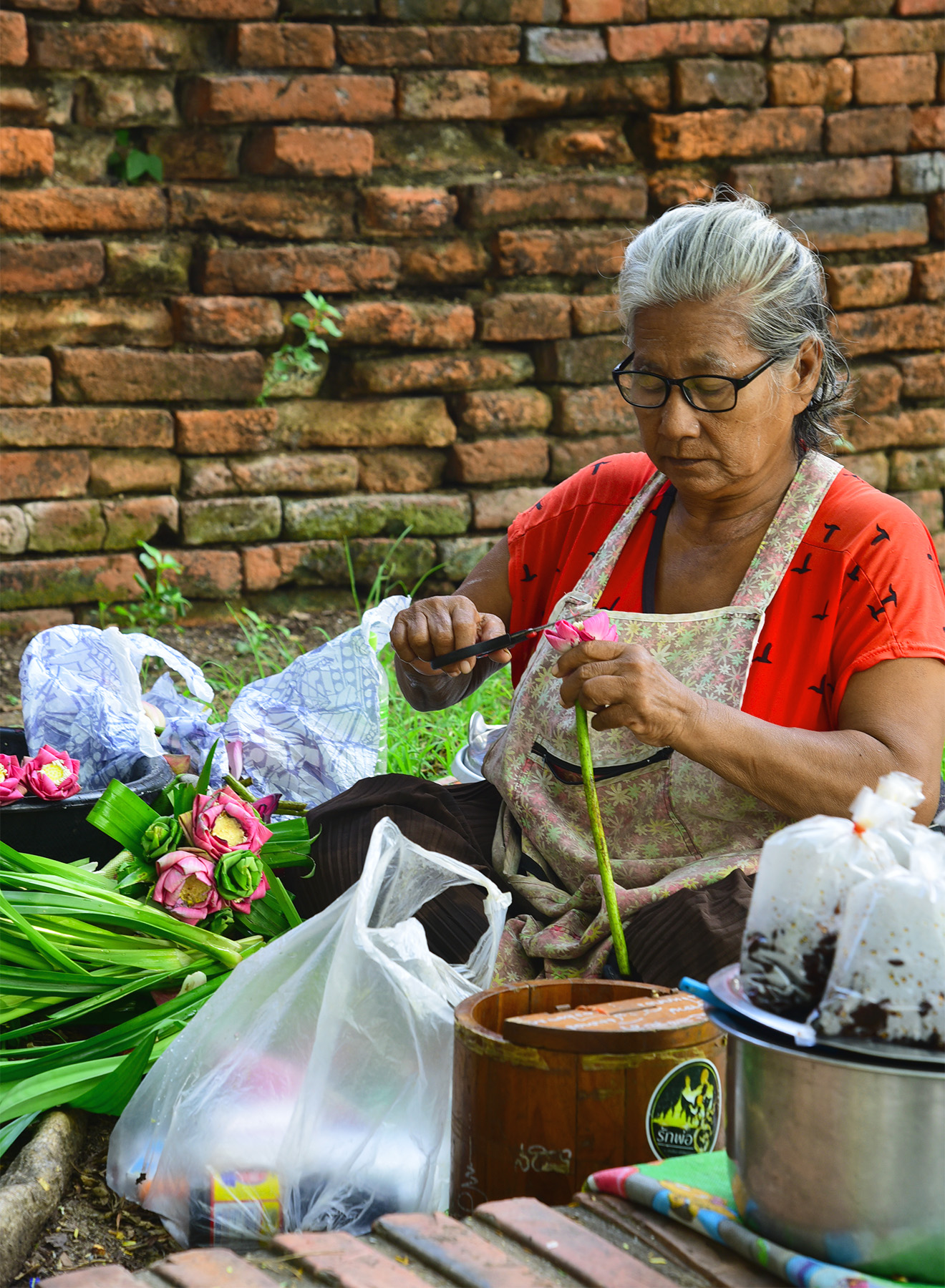 Netherlands: the land of flowers!

One nation knows the drill by heart. Growing plants, looking after them and gifting flowers are very much embedded in the Dutch DNA. Just like bicycles, tulips and other flower bulbs have become an important part of their lives, positioning the country as the biggest producer and exporter of flowers (and tulips) in the world. So distinguished is their reputation, that all flowers used to embellish St. Peters' Square in the Vatican City (Rome), during the Pope's Easter speech, are supplied by the Dutch.

You may also be astonished to become acquainted with some figures: according to the official country's website, flowers remain their top export product representing an annual revenue of 6.2 billion euros. Or to put it differently, more than 80 percent of all flower bulbs worldwide are grown in the Netherlands.

A paradise of bulbs, by the way, can be found at the Keukenhof, the world's largest flower garden where every year seven million flower bulbs in more than 1600 varieties are planted by 40 gardeners. Located in Lisse, a 30-minute drive from Amsterdam (there's also easy access by bus), the seasonal park welcomes visitors for eight weeks only - from March to May. At the end of the season, the flower bulbs are removed from the ground, so that a cycle of planting, flowering and grubbing can start again in autumn.

This garden of Europe might have an ephemeral character, but it's a vital platform for the local floricultural sector: "The Keukenhof offers the exhibitors a beautiful display window for their bulbs, flowers and plants. The park is redesigned every year and its designer is inspired by (fashion) trends and applies the grower's wishes in the design. In this way, visitors take home new ideas that they can apply themselves", says the organization.

Visiting this incredible, huge garden is a lifetime experience. However, no matter how more or less abundant fields of flowers are manifested in your life, any amount of nature can make a huge difference to appease heart, soul and mind. 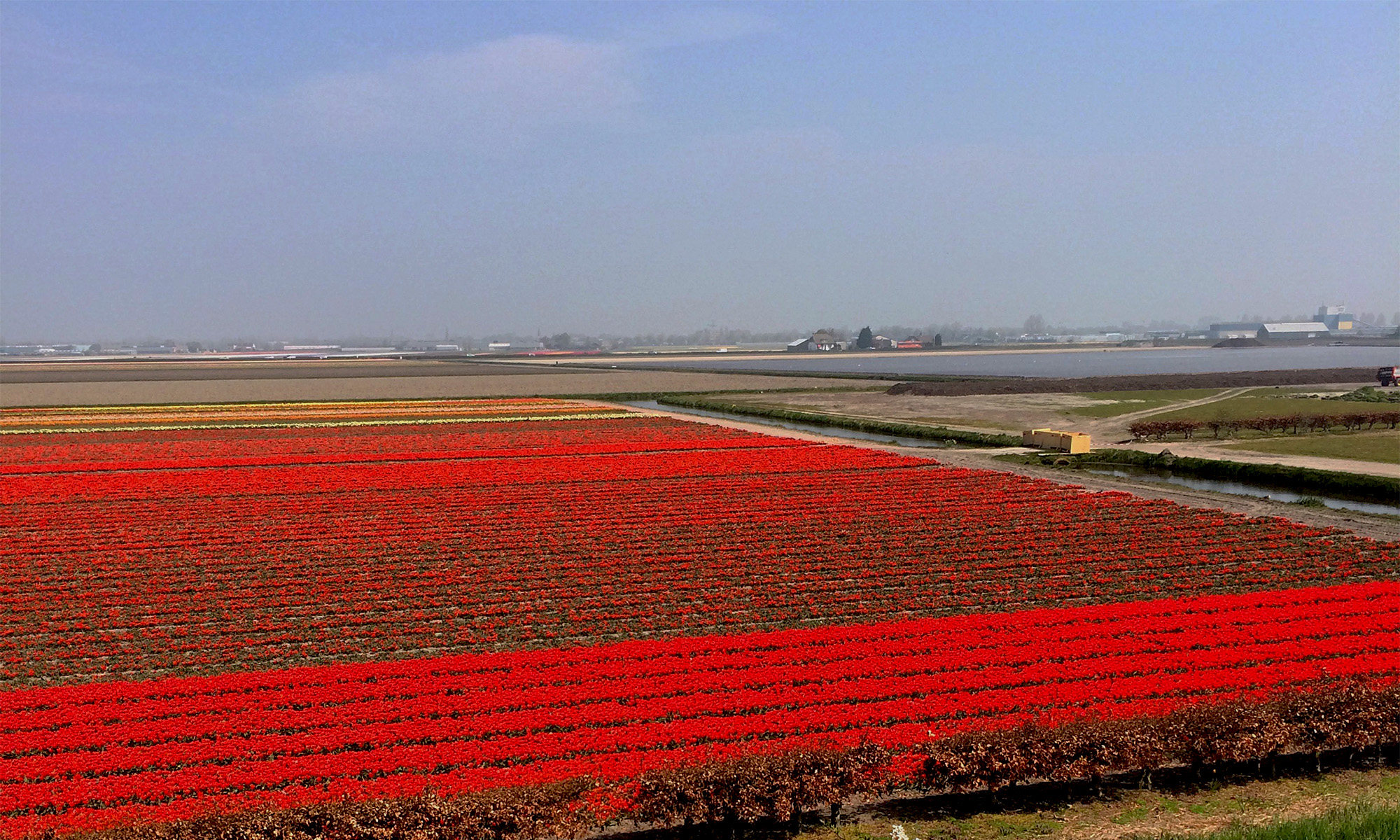 Here's a friendly guide by the expert, Flávia D'Urso:

*Plants need a bright and ventilated environment (even if there isn't direct light) therefore nearby windows are good places;

*An indoor plant needs to be alive and not survive!

*Pay attention to irrigation as some species require more watering than others;

*Apart from watering the plant and making sure the water penetrates it until the roots, it's also important to spray the leaves to keep them hydrated and clean from dust;

*Observe your plant! Do they look healthy? Check if they don't have yellow, dry or falling leaves;

*Plants in pots: from time to time carry out a fertilization because this amount of earth is much less when compared to vegetation planted in natural soil;

*It is worth remembering that pots must be proportional and suitable for each chosen species, especially regarding the roots;

*Last but not least: talk and smile at them! 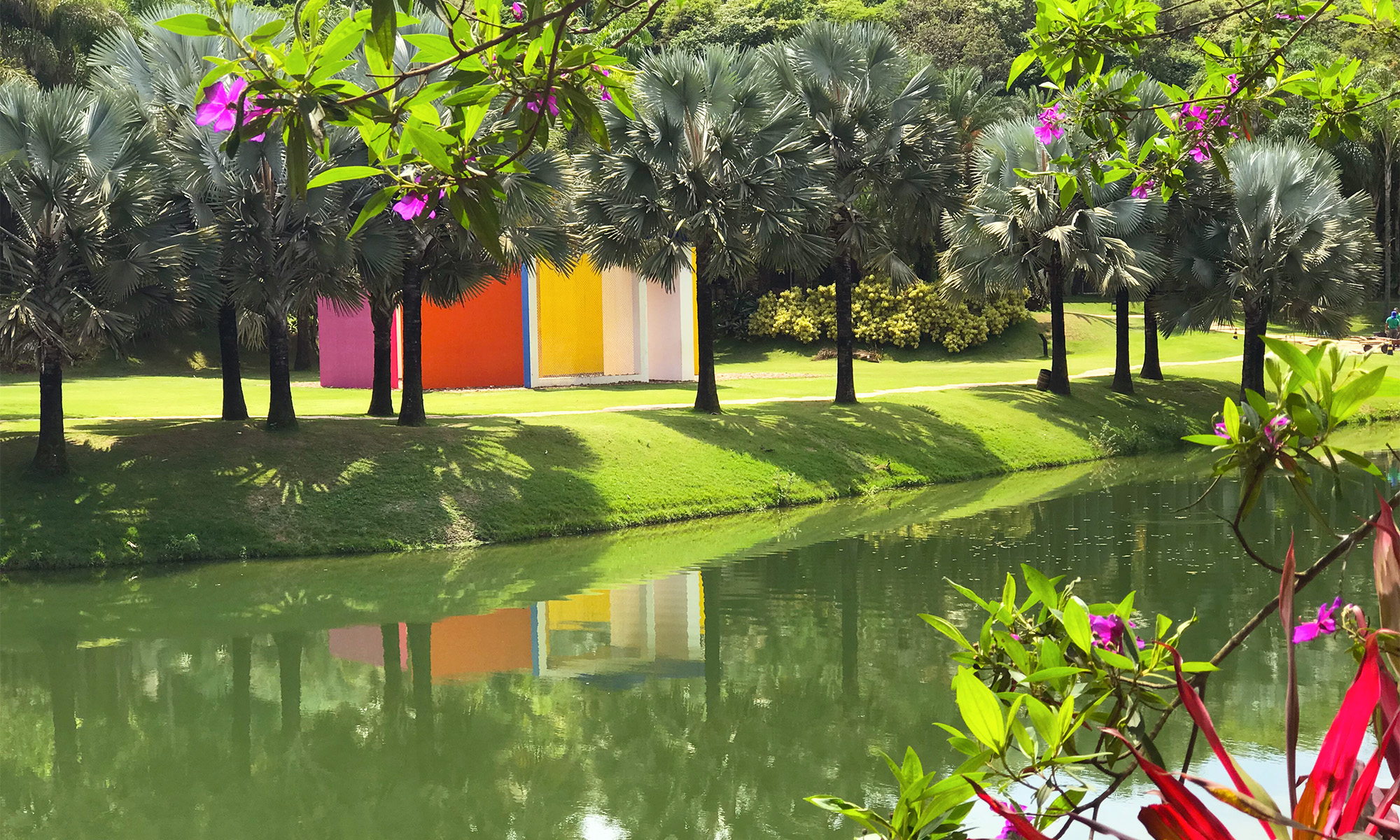 Choosing the best one

Flowers are a speechless gift that say so much without words. Regardless of the ones you favor to make someone smile or to praise the place you live or work in, some curiosities can be helpful to make the right choice:

Protea: in Greek mythology this species refers to the Proteus God, thus represents courage and transformation/metamorphosis;

Muguet or Lily of the Valley: best wishes and good will, like brighter days are coming after a long winter;

Roses: the white ones can translate innocence and peacefulness; yellow stands for friendship; rose-pink symbolizes respect and admiration whereas red evokes passion and sensuality;