A friendly guide to Germany

To understand the history and culture of Germany and fall in love with an itinerary made of landscapes, culinary flavors and unforgettable artistic expressions, start at Leipzig. No other city represents Germany as well as this one, which is currently the fastest growing and most prosperous in the country, in addition to nurturing cultural legacies of incomparable importance:

* The genius Jean-Sébastian Bach was born there;

* The main local university library - The Alberta Library - has a collection of about 3.5 million books;

* German book publishers and other print shops started their business in Leipzig before being destroyed in World War II. Every month of March, the second largest 17th century European Book Fair is celebrated in Leipzig. (people consider Leipzig the city where people read the most in Germany);

* This is where the famous Social Democratic Party was founded;

* The fall of the Berlin Wall actually began in Leipzig, from a protest against the political regime on 9 October 1989 with 70,000 people in front of the beautiful St. Nikolaikirche church (St. Nicholas Church). This generated the necessary momentum, four weeks later, for the force that would tear down the Wall in the city of Berlin.

- Despite being an old city, most of its population is made by young generations and the artsy and night life have great power over the city. 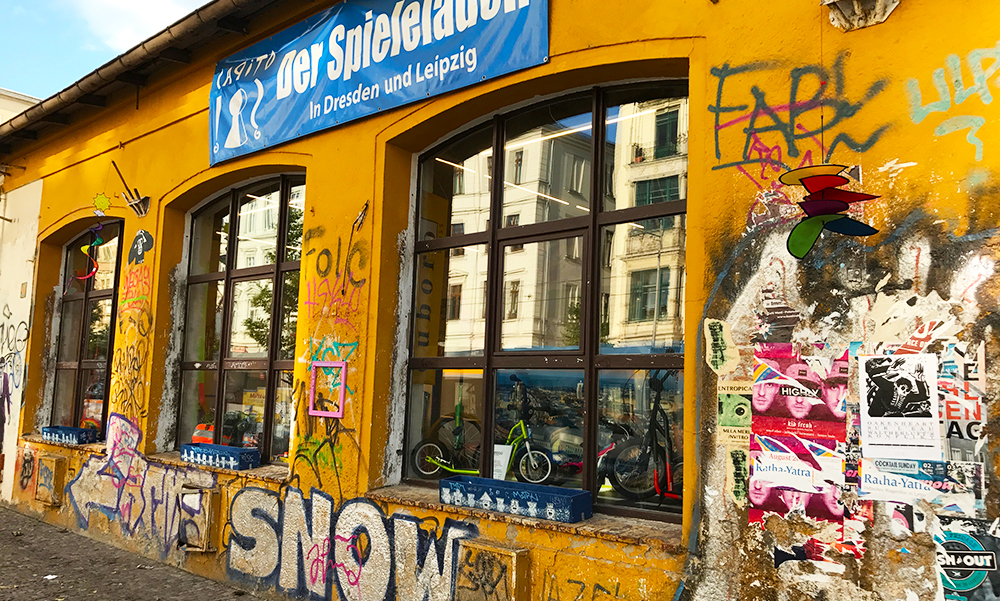 Just as there is no better way to get to know Germany than visiting Leipzig, there is no better way to be enchanted by the country than exploring medieval towns in the countryside, such as Rüdesheim and Assmannshausen am Rhein (Unesco heritage), Eltville am Rhein, Rothenburg op der Tauber, Bamberg, and others. Some form the well-known “Romantic Route”, which can start in Würzburg - for those going to the South of Germany - or Füssen, for those going up North. The summer - the best time for a ride like this by car - reserves such a stunning nature that it does not miss anything for tropical countries, like Brazil and Thailand. All routes and surroundings are cheerful and full of flowers.

The roads, in turn, set them apart. Whether by the Romantic Route, made up of picturesque landscapes that look more like paintings, or by the fast Autobahn, any driver and especially car aficionados can have a whale of a time: the roads are kept in pristine conditions and some stretches have no speed limit.

By either route, you can see the immense First World solar capture system: both residential houses and the “solar farms” themselves take advantage of sunny days to benefit from a more sustainable energy system. Woods and plantations that are very well cared for also attract attention, especially the wheat plantations. Are there any doubts it is the beer country? Yes and no because it is also the wine country. And spectacular wines that unfortunately are not very well distributed worldwide, whose vintages are graced by the combination of cold and hot climates that bring the perfect condition to the vineyards surrounded by the Main and Rhine rivers. This is what makes the wines produced in the famous regions of the Rheingau and Franconia, for example, so different. In Rheingau, the Riesling grape is more traditional (it represents 84% of all local production and the most expressive in the world), with fantastic soils and a privileged location between the Rhine River and the Taunus Mountains. Part of these productions are still artisanal, with the attempt of avoiding the use of chemicals and to increasingly reach biodynamic production.

In other cities like Bamberg (where the famous smoked beer is drunk) the beer behavior is highly respected and attracts tourists year after year. But in small towns like Rüdesheim, Eltville, Rothenburg and Würzburg, you only drink and talk about wine. Würzburg, by the way, within the Franconia region, has the highest concentration of vineyards within the city limits in all of Europe. Besides, it covers three of the largest wine producers in the country. In this site are produced wonderful labels in Bürgerspital (which I mention in another article), a kind of local institution that has existed for over 700 years, capable of producing one million bottles per month. Besides being dedicated to the production of wine, it also has an important chapel and a large care center for needy elderly people.

A visit to the smaller cities of Germany is also an invitation to disconnect the mind from the frantic pace of the capitals, not only due to the silence at nightfall or even by the exuberant nature, but due to the (curious) absence of good internet! In some places 4G is not very popular. In other words, go in good company, with little intention of connecting 24/7, venture out on the roads, photograph a lot and do not spare moments of ethyl pleasures.

In time: it would be an injustice to speak of Germany and not to mention Berlin! A progressive city of contrasts, free-spirited, of young people who have a very alternative style and dress and walk as they want; of the punk scene that can still be seen in the neighborhoods of old East Berlin, of bars that let the customer choose how much he wants to pay... Berlin is all this and much more. A city with a giant soul, so many expressions without rules, cold beauty, a chameleon from winter to summer. Berlin will certainly attract or scare you. For those who have an open mind and heart, the first option is undoubtedly immediate.